It is the first gray day in a month. Even though I’m still not feeling well, I am enjoying this morning of soft shadows and rain. The autumn is transforming the trees outside my window into a colorful drama. 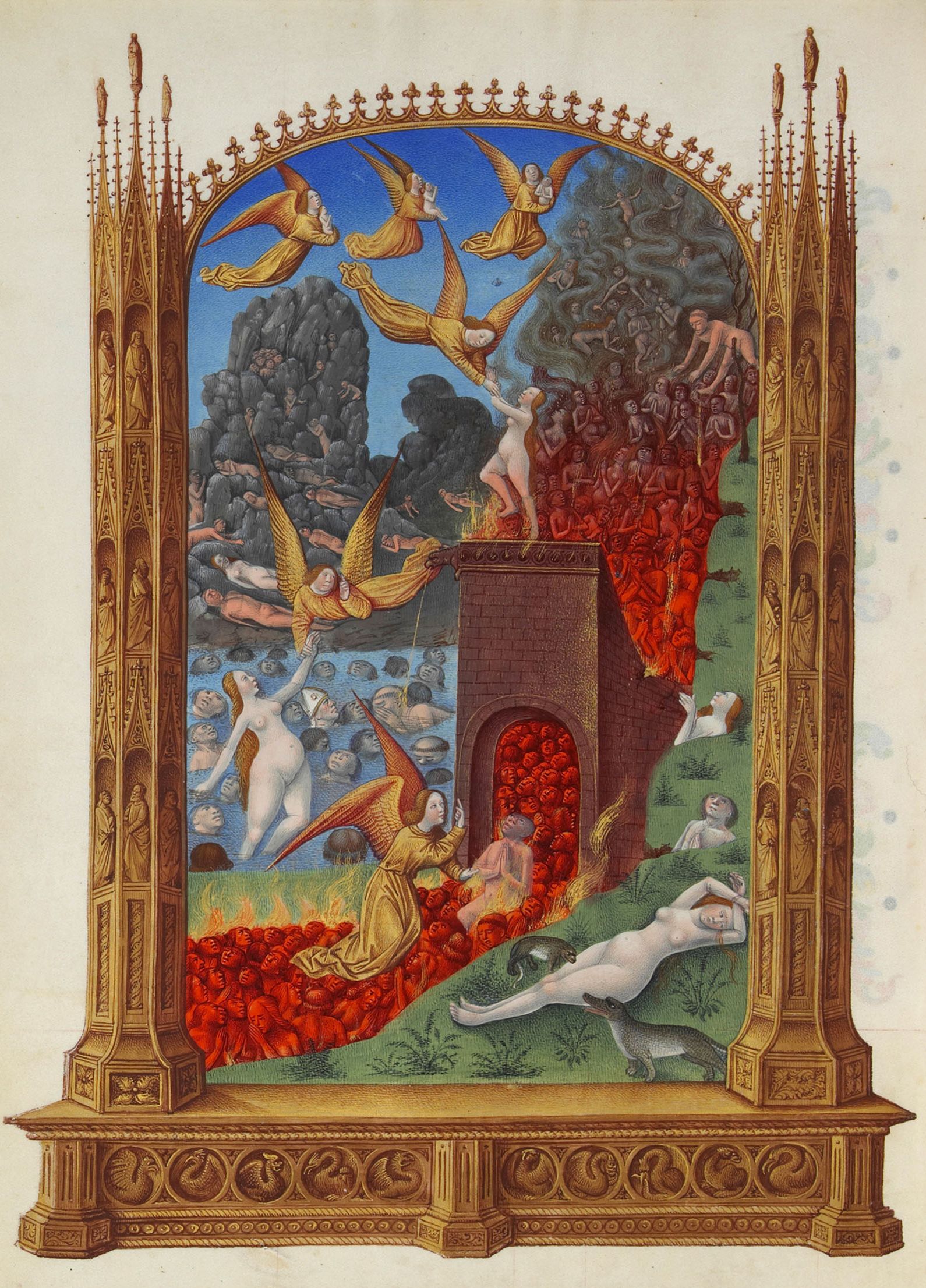 I’ve been struggling with anxiety lately. It feels like I am stuck in a personal purgatory, even though I don’t believe in stuff like that, but that’s what it feels like. Everything I want is out of reach. I am in a limbo, a waiting room. It’s so frustrating and I’ve become quite negative, I don’t like it. I need to shake it off, otherwise I am afraid I’ll sink into another depression. There’s just so much pressure right now; I have to get healthy and strong so I can look for a job, otherwise I can’t afford to make new art projects, or starting my own business and moving Johnny from the States to Sweden to live with me. But the pressure makes my health worse and then I don’t feel strong enough to work, because I’ve been burned out for so long. It’s like a vicious circle and I need to break it.

I made a list of everything that’s going on right now (or things refusing to happen until I’ve dealt with other things first) and I have 11 active processes that I’m going through at the same time – each and every one of them demands a deep focus. Some of them are just things I have to go through right now to be able to get to ‘the other side’ [of this purgatory] and the rest of them are just part of life and nothing I can control but nonetheless things I have to deal with.

This is a crappy time of my life but I guess life is really nothing but a cycle of good and bad times. The only good thing about feeling like you are going through a private purgatory – is knowing that better times will eventually come; my future looks like a treasure chest full of everything I have ever dreamed of!

It all just seems so far, far away.

And it’s driving me a little crazy.

I’m still dealing with health problems, but the doctor is referring me to a specialist, so I’m hoping for better care soon, but I might have to wait for months to come to the new clinic. The summer has been full of difficulties and suffering and at times I feel like I am failing to be strong. I can feel how depression is approaching but I won’t let it inside. This is the time to be stronger than ever, even if I’m all out of energy and strength – and I feel like I’m losing faith in life,  but I have to fight all the negativity – and find some new faith again. At least now I know just how sensitive I am to stress and when life is throwing me too many hardships at once, I get burned out very easily. I’ve found my limitations and my weak spots – but also how I am able to see where I need to pick myself up before it’s too late.

I am not comfortable with these transitional phases – and the slow speed of one-step-at-the-time strategies of trauma recovery. I feel so restless. I just want to make art. Be economically independent. I want to share my life with Johnny in the same geographical place. I want to feel healthy and beautiful. I want to move, move, move forward. My mind wants to run wild. To be creative. I want life to take my hand and run with me. I am hungry for the pulse. In anything. Everything. Even in myself.  Nothing is worse than feeling stuck like this. To feel covered in dead time, waiting, worries and missing.

I am sharing these personal diary notes with you to expose the real nature of trauma recovery and the slow process of overcoming hard times. I don’t want to romanticize the image of being an artist, or to brag about my achievements in a mundane blog. I want to create something real and genuine – something that makes me connect with the world outside myself and vice versa. It is my contribution to the world, even if it’s a minuscule one.

I am no longer bound to my original life plan that I created for myself in December, life has disrupted the flow of it and I need to create a new plan where the steps are smaller and the goal is not the dominant factor but the victory of each successful step is. Because if I try to take on every problem I’m facing, at once, I won’t be able to handle it.

First step: to get well and finding new strength.

Second step: to find the pulse of life again.

It is the second day of slipping in and out of various dark holes. The monthly attack of the obscure hormones of PMDD happened again last night. It’s a terrifying reality inside reality for some women, like myself. But few women talk about it and practically nobody knows it even exists. It’s like PMS but with the emotional rollercoaster ride of the bipolar disorder and the sadness of pure grief. Even if it only lasts a few days every month, when it goes away you are left with the consequences of alienation and days of unproductiveness. And the feelings of shame and confusion.

It hits you during the time of ovulation. One minute you are fine – and the next you are falling down a deep and dark rabbit hole to a wonderland of hopelessness, covered in a thick, suffocating fog. Suddenly you are not able to relate to your world of familiar things, the people you love and your own positive feelings. The things you hold dear loses its colors and suddenly you can’t remember why you ever liked them. You can’t distinguish love from fear. Love is a faraway land and you’ve lost the map to get there. The food taste like dirt. You crave silence but if it’s broken, you feel hostile and confused. Every sound is threatening. A stab wound in your mind. Of course it’s a perfect disposition for arguments and conflicts. It’s like that horror movie cliché where a woman is caught in a cobweb and she’s trying to get out but only making herself more entangled in the sticky net. And the fog is closing in, surrounding you, locking you inside it while you’re fighting to get disentangled from the spider’s web.

Finally, you are so deep into the fog, so caught in the web that the only thing you you are able hear is your own breaths. You are there, in the world, and the hormones are spreading like a poison in your veins but nobody can see this isolation, the entrapment or the fog. Only you. Panic. And desperation. A conflict of consciousness. Two realities meshing, colliding, feeding off each other, destroying one another – melting and tearing at each other. Like two overlapping films, burning and melting into one distorted collection of sequences.

After a few days, the fog lightens and then it’s suddenly gone. You are disentangled from the web. The air is clear and you can breathe without inhaling fear. You can speak without chocking on the words as if they are swollen and doesn’t fit your throat. Your mind is open. Until next month of course, when the whole nightmare will repeat itself again.

The dark corner of womanhood is natural but feels so otherworldly. We shouldn’t have to feel shame on top of the struggle some of us are facing every month. It’s hard to reach us when we are lost in the fog, but it’s even harder for us to reach out and feel the lightness of reality.

This is what it looks like when you are in the progress of to changing and building a new life for yourself after years of struggling with PTSD and depressions: making research about how anxiety works so I can deal with it, making research about self esteem, mindfulness, making self-therapy notes about what I need to change – attitudes, strategies, plans, motivation, a practical plan to reach my goals and the strategies that will lead me to future success, keeping a journal just for things that I am grateful for and things that are good about me to boost my self esteem, dissecting my fears so I can get rid of them to be able to reach my dreams and desires, redefining what my art means to me and how I want to use my creativity from now on. This is what it looks like when you take back control of your life!