The preparations for my Laura Palmer shoot with Domenique in 2009 (collecting pebbles, rocks, sand and other things you can find on a beach to recreate the scene in my studio) 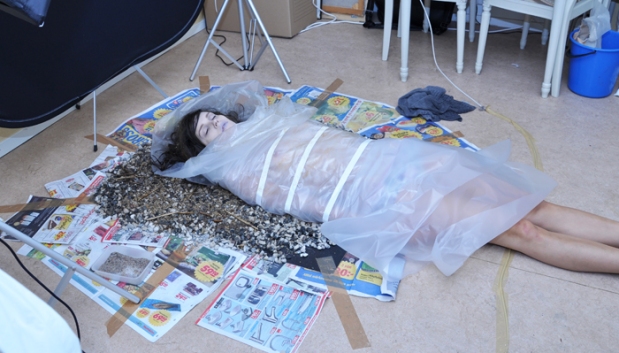 Domenique (wrapped in plastic) and the homemade beach 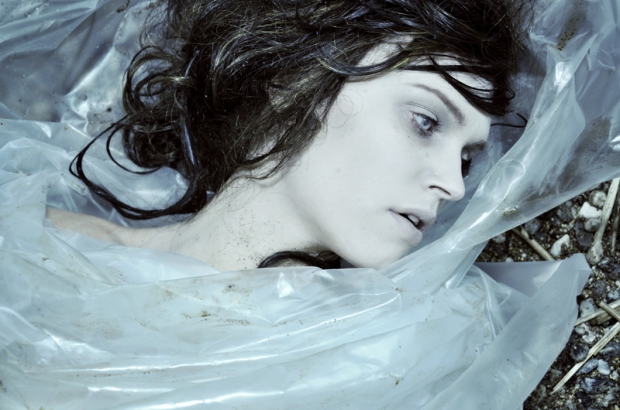 I’ve spent so many years editing the photographs of my collaboration with Domenique from 2009. In only one summer, we created almost 20 different characters together. The camera was our love child. We were like lovers in the creativity process – using intuition and instincts as our langunge, we did’t need to speak, we knew exactly what was needed in order to bring the characters to life. I loved working with Domenique but sadly her life started to fall apart at the time and rapidly slipped into a destructive lifestyle of drugs and drama. So I ended it and moved to Stockholm, stopped working with photography – and sold my camera. I am still without a professional camera. But when I have more money I will buy a Canon instead of going back to Nikon. I am a Canon kind of gal.

I have evolved immensely as an artist since that summer. I know more about photography editing now, my PhotoShop skills are more advanced and I collected new knowledge about retouch and portrait editing during the two months I spent as an intern at a photo studio last fall. So I can go back to my photo projects and make totally new pictures now just because I am so much better at the editing process.

But what does it mean to edit photographs? It’s so much more than to adjust light and shadow or cropping. It’s about bringing the photo to life  – and to create harmony and a balance in the colors.

Here are two versions of the same photo, first the original picture and the newly edited version where I have played around with both colors and expression. The original photo is softer, more stylish – but I wanted to say more than that – and I wanted the expression to be more powerful and direct. 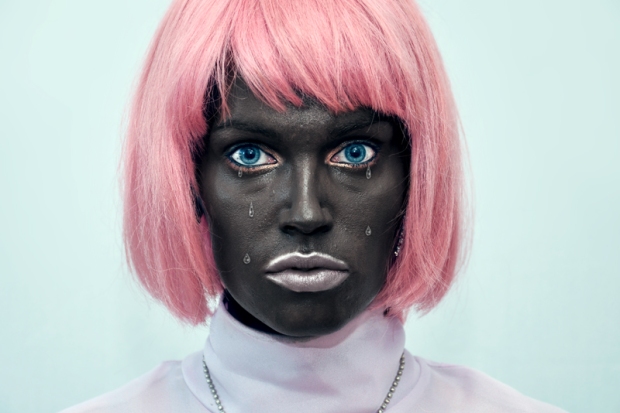 Sometimes, I see new potential in already edited photos, I go back and start over, like this:

Other times, I use the projects with Domenique as a base for my digital art – like I did in “The Crash” (2012):