Natascha Kampusch, before the kidnapping

Learning about this psychological codependency issue is opening my eyes to so many new discoveries about myself. Discoveries about my worst fears and my deepest desires. It’s perhaps even connected to my choice of not having any children. And why I don’t want to get a car, a house or a pet. Feeling responsible for someone else or getting something I have to be responsible for, is a heavy weight on me. I have been writing many times about my recurring nightmare where I suddenly realize I have a cat which I’ve neglected for a long time. I start to look for it and find it, all frail and weak behind a sofa. The fur is covered with eyes and it’s staring at me – begging me to take care of it. I feel so guilty and stressed. It meows and wants me to pet it, but I’m disgusted and reluctant to touch it. But I know I have to pet it, because I’m responsible for its survival. It is my duty to love it, to take care of it. As I’m petting it, I can feel the glossy texture of the eyeballs against my palms and it gives me the chills. 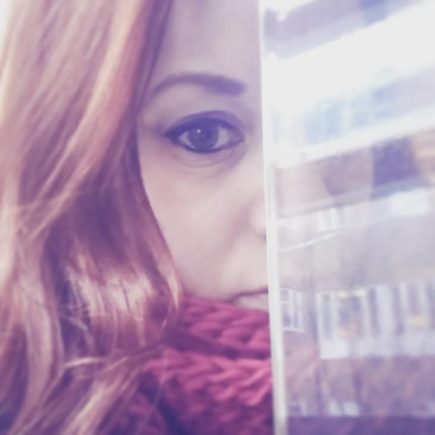 The core issue for me in my psychological codependency, is a state of crisis in the loyalty. Should I be loyal to myself or to the other person? If I make them happy by doing what they want me to do, then I feel good – even though I might not want to do it and in the end makes me suffer. At least it makes me a good person. If I choose my own happiness over other people’s wants, I upset them and they treat me bad because I’ve been a selfish person. That way I’m feeling unhappy even when I do what’s best for me – whether it’s a simple “no” or leaving an abusive person or a destructive situation. That is why I have been avoiding it – and why I’ve been loyal to the other person instead of being loyal to myself. To make them happy is to create peace but suffering, to make myself happy is to create possible abandonment and abuse – and in the end more suffering. No wonder I haven’t been able to feel happy or content in any relationship. It’s such a lose-lose situation. 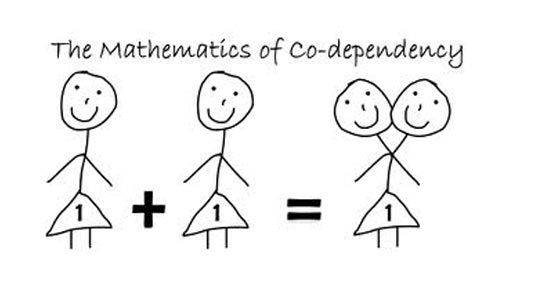 The most romantic thing I used to know, were the words: “We are one. 1+1=1”. I can see how twisted it is now. And where that thought stems from. It is the formula of codependency and losing myself to someone else. That’s when I stop working with my art. That’s when I stop believing in myself. Where I no longer matter to myself. The only thing that matters is the “=1”. I thought I was being passionate, but I was just a textbook example of a classic codependency behavioral pattern.

When I look at this now, I can see that the false calculation of “1+1=1” is not the most romantic thing I know – it is in fact the scariest thing I know. Perhaps that is why kidnappers who build secret chambers in their basements to keep the victim locked away for years, is my number one fear. Once, Johnny and I had a conversations about our biggest fears. I asked him: “which of these three encounters would scare you the most: 1. An angry gorilla. 2. A hungry shark. 3. A psychopath looking for a victim to kidnap and torture.?”

Johnny wouldn’t want to meet the angry gorilla. He said there was after all a chance of surviving a shark attack and even escape the psychopath, but not an enraged gorilla. I had another answer: “I choose death over the chance of having my life and destiny in the hands of a psychopath. I can’t imagine any bigger horror than being completely powerless and dependent on the psychopath’s will and wishes. The suffering is a long process of depersonalization and psychological torture, that has to be more horrific than being killed in an attack from one of those animals. At least then you are ripped to pieces and dead in a few minutes or hours.”

The story of Natascha Kampusch and her life in a tiny cellar, told in the film “3,096 Days”

I am not afraid of the dark, nor am I scared of monsters and ghosts. I create horror in my art, so it takes a lot scare me with superficial horror elements. That being said, I am scared of many things – but they are all related to a psychological tension where I feel powerless and not able to feel free.

I guess that is why the only thing that’s ever scared the bejesus out of me are the bizarre stories about the Fritzl case – and the kidnapping of Natascha Kampusch. She was only 10 when she was kidnapped and held in a secret cellar by Wolfgang Přiklopil. He made sure that she was completely dependent on him for survival (he was the only one who knew where she was, he was her caretaker and she needed him to be healthy and safe in order for him to bring her food and water, so she cared for him deeply) and he changed her name, shaved her head, made her do things against her will and abused her for more than 8 years until she finally escaped (and when she did, he jumped in front of a train). She survived it. She survived my worst nightmare. I have so much respect for her.

– My friend and singer/songwriter Eva Eastwood wrote this song based on our conversations about something we had in common; being codependent and being too entangled in someone else’s toxic behavior.

All these insights are important in my process of independence. I am freeing myself from the weight of other people’s expectations and wishes – for me to be weak, strong, dependent, quiet, stupid, submissive, dominant or whichever role they’ve need me to play to fill the void in their hearts and minds. I am no longer a quick fix for their wounded souls. 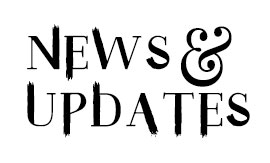